While many notable amateur players have quite a bright future ahead of them, there are some situations when the differences between a pro golfer and an amateur one become slightly more noticeable.

Here we are going to explain some of the mistakes amateur golfers make that pros don’t, so that you can become that smooth operating pro yourself!

Using and Abusing the Driver

While the driver is a highly effective tool in any golfer’s arsenal, it can also play against you if used improperly. In a situation where making the ball land on the green becomes tricky, it’s much better to narrow your expectations for your shot. Else, you might wind up in a worse situation than you originally expected.

Our piece of advice is, instead of always going for the driver, consider playing a hybrid or an iron, and then maybe use a short iron to secure a steadier shot. It is sometimes better to take one extra hit than to regret it later.

Trying to Go Airborne All the Time

Yes, we know it looks good and stylish, but flying under the radar is sometimes the smarter option. This particularly applies when you have to dip your toes around the Green. Always try your best to fly low in this circumstance.

There are a couple of reasons, but the ones that stand out are that you’ll have more control of the ball, and that the trajectory is less likely to become affected by windy conditions.

For those of you who aren’t quite familiar yet with the club numbers, here we will briefly explain the main concepts. The numbers for the clubs signal the loft. This means the angle the clubface has. The less of an angle the clubface has, the farther it travels, albeit at the cost of flying lower. Shots that imply lower loft clubs tend to be more difficult on average.

Then you have the lofted clubs, which while they resign distance, they give more of an arched trajectory, which can be useful in certain scenarios. However, having a tendency to constantly pick overly-lofted clubs can play against your odds, and here we’ll tell you why.

This happens a lot to amateurs when they are unfamiliar with the consequences of misjudging the terrain and the weather. They usually believe that picking a loftier club will help them, as the ball will be in the air for a longer time.

When the distance from the cup is considerable, and it’s windy, for instance, chances are you’ll come up short. Choosing the due club takes time and experience, but when distances are long, it’s more productive to go overboard with the shot than to come up short. You’ll shave off some unnecessary extra shots in this way.

Carrying the Wrong Clubs with You

This is paired with using the wrong iron numbers, and this is usually also the culprit for the former. Carrying the wrong clubs with you forces you to employ the incorrect ones sometimes, missing out on the opportunity of having better results otherwise.

It is always sage to play to your strengths. Do you have a solid drive? Carry that extra driver you are so fond of. Is short game your strong suit? You better bring that nice putter you left at home.

It is a popular trend among novice golfers to lug around a parade of clubs that most likely go unused during a match or practice session. Don’t be that guy. Or gal, for that matter.

Golf is a hard sport. We get it. But having a bad streak doesn’t mean you’re bad, or that you’re doomed to being a golfing failure eternally. When you complain excessively, it seeps into your mental state, putting more pressure on your shoulders. And guess what? That leads to bad results.

You must always remember that golf is a game first and foremost. The be-all and end-all of golf at its pinnacle should be having fun. Besides, who likes hanging out with Debbie Downer? Have fun with friends, cut down on the complaining, and even if results don’t show right away, at least you’ll have more fun in the process!

Going ‘All Out’ On Every Single Shot

Going ‘all out’ on every single shot is counterproductive. Losing balance, bad timing, excessive energy, and even injuries. All of these are results of being too eager.

Being a poised individual is elementary to becoming a good player. People who lack self-restraint usually don’t last long in golf, as they are players that are prone to cracking under pressure. Always try your best to keep your cool, even when you’re excited—double your efforts when you’re TOO excited—so that you can rationally devise a proper strategy to play the course effectively. When you control your mind, you control your golf.

Provisional balls are a touchy topic. They are very debated because they fall under a gray area in golf rules—both the USGA and R&A sets respectively.

For those that have never heard of this before, it is a second ball that is played when the player believes that the first ball has gone out of bounds or has got lost in the penalty area.

Since the penalty for a lost ball is to “restart” from where you played the first ball—also known as the ‘stroke-and-distance’ penalty—you can just save time by explicitly stating you’ll be playing a provisional ball. If the lost ball isn’t found, later on, your provisional ball becomes your ball in play.

By playing provisional balls when you have to, you save energy and time looking for a ball that is most likely amiss. Plus, you don’t have to bother going back to where you shot the lost ball altogether.

Spoiler alert! In case you haven’t watched this golf classic, Happy Gilmore is a character portrayed by Adam Sandler who must shoot a nearly impossible ball to win the tournament at the end of the film.

While being self-confident can pay its dues numerous times, if you’re in the Rough tearing the grass apart with your club, it’s better to tone it down and try to look for a better alternative.

Take that extra smooth shot you need to get it out of there, and your score will lower eventually.

With our tips, you’ll go from Debbie Downer to Polly Positive, or even the next pro golfing sensation maybe. Get our products at https://back2basics.golf/collections/all to take your golf to the next level. 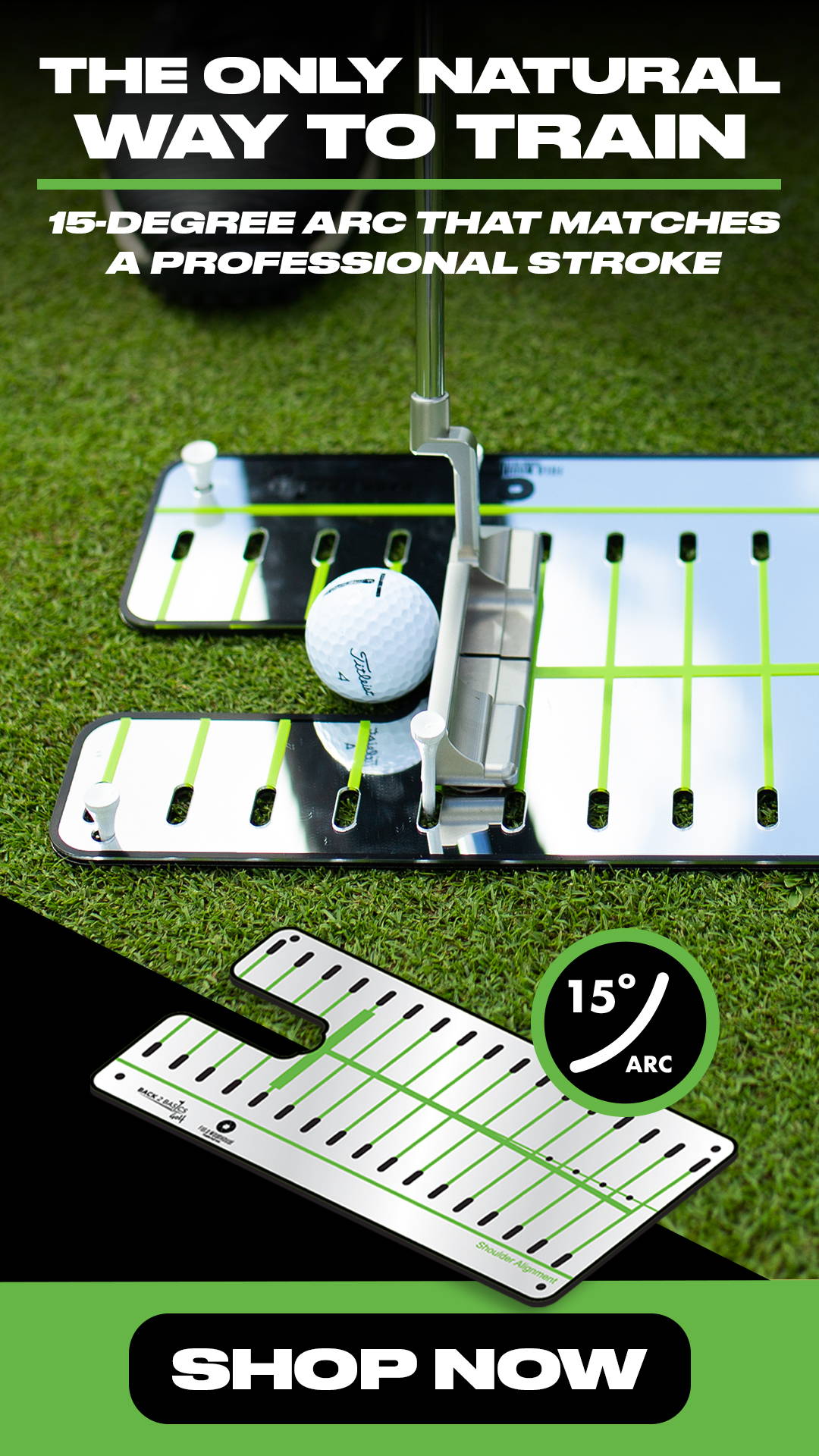